This is interview #2 in series designed to showcase some of our amazing clients, their work and learn what inspires them to be the best in the business.

Meet Ryan Schude. Ryan left art school in 2001 and worked through a variety of approaches to photography before really honing in on something he felt pursuing as his definitive style. He then made the move to Los Angeles and spent a couple years building a portfolio. After his initial portfolio was finished he decided that he didn’t want to shoot just anything that came his way, but rather focus on things that fit within his creative comfort zone. After reviewing his work, it looks like he has found his niche. 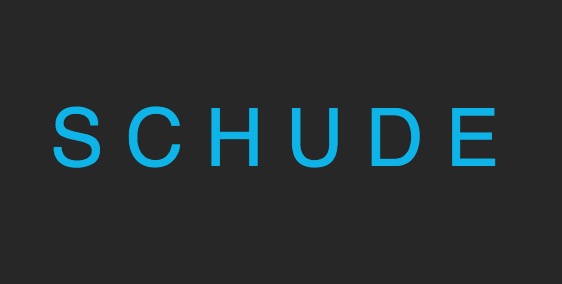 Your “Tableaux Vivant” gallery is a fantastic update to an old style of shooting popular in the 1800’s where photographers married stage and photography. What made you decide to shoot images in this style? I was shooting editorial portraits at the time and became more interested in a narrative approach as opposed to documentary or a traditional, formal portrait. Many of the stories I wanted to tell required multiple people and environments that drew me in and these happened to exist on a larger scale. 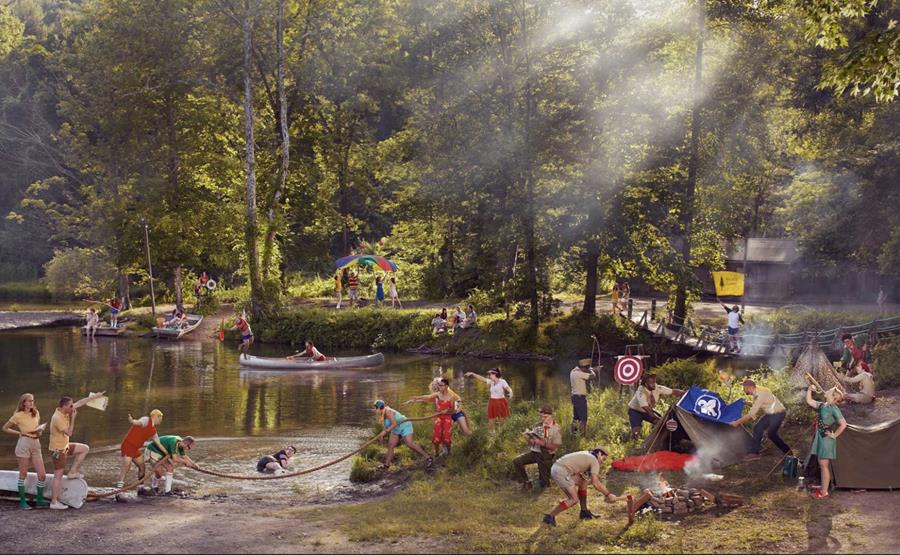 Some of these images look to be extremely complex. How long do these shots take to set up and shoot?  Generally, the larger scenes are shot in one day over the course of many hours to pre-light, set build, and block. The actual shooting time with the actors is usually around 2 hours. 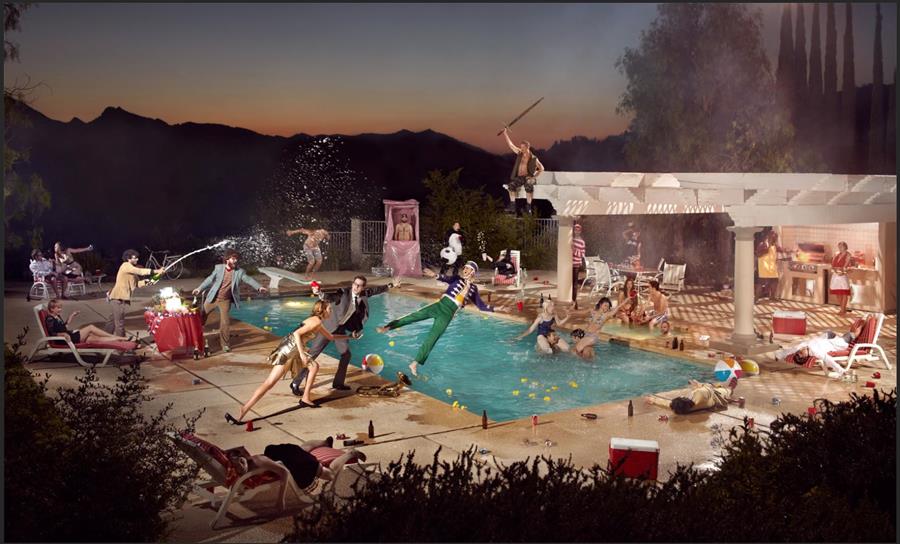 How do you keep all the models/subjects engaged and focused in a long shoot? This is always a challenge as there are a lot of variables needing attention while the action is happening. Light is changing, props are being moved around, etc. It’s always good to add some humorous action into the mix to keep everyone engaged. If they get to watch someone take a glass of milk to the face once in a while it feels more like we are having fun and horsing around rather than working. 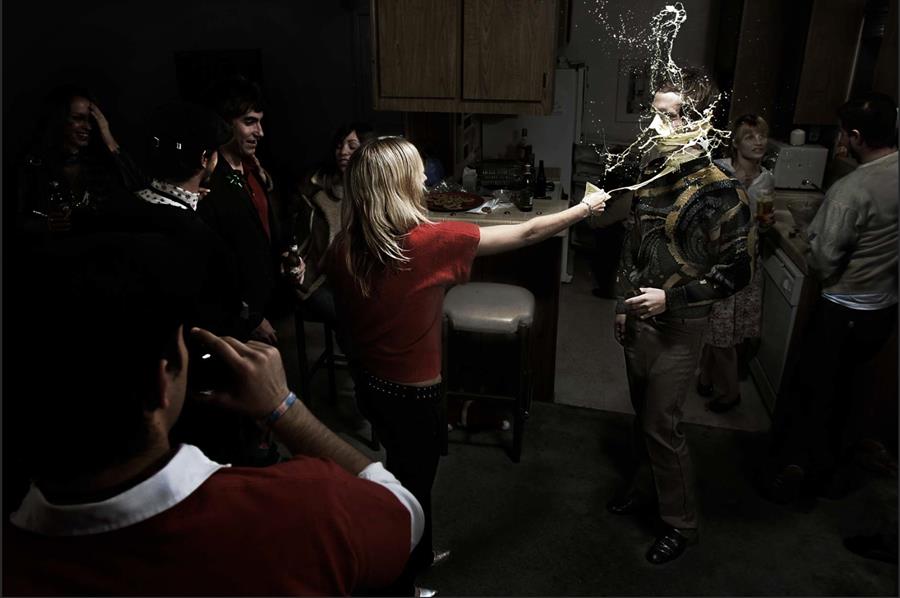 How do you orchestrate everything when shooting? Do you have a large crew to help coordinate all the variables? Ideally there are a handful of assistants, digital techs, producers, wardrobe, catering, hair, makeup, props, set designers, all with their own teams as well and that can make things go a lot smoother. I have done this size shoot all by myself before, but it’s certainly frowned upon. 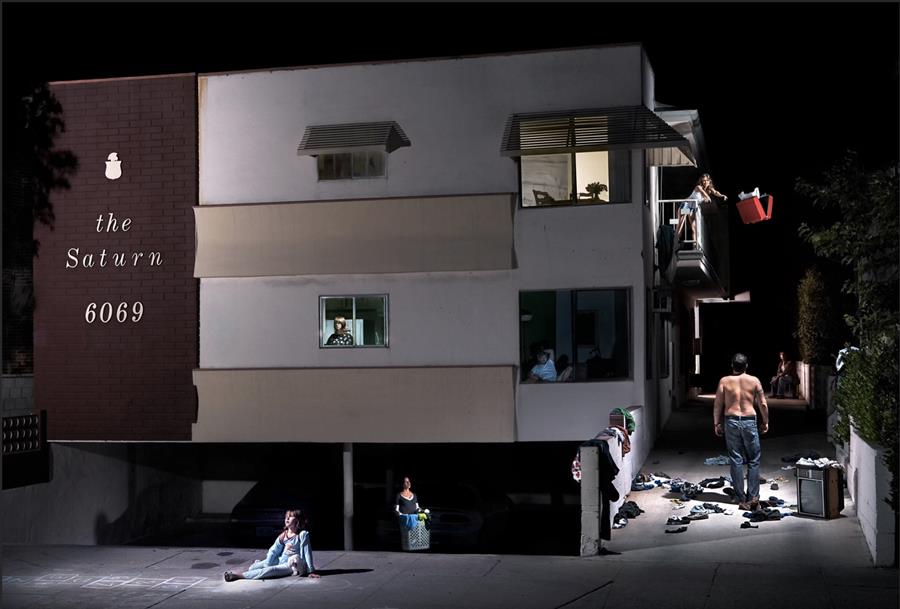 How much of what we see is in-camera versus post-production? The final image doesn’t look much different than what you see in camera. The composites are simply a blend of multiple frames that look almost identical except for the characters being in different versions of their actions. Everything is lit and shot at the same time to make it look as real as possible, I always at least try to get it in one shot, but it would be a waste to not take advantage of the luxury to pick the best frames from each person’s action.

Of all the shots in the Tableaux Vivant gallery is there one in particular that really stands out? They all have their special places in my heart for the sheer memory of the experience while making them, but the most recent ones that I was excited about were shot with my sister and her kids in a house in Big Sur and a farm outside Sequoia National Park. Those were essentially done all by myself with a little help from my brother so it was great to have such an intimate experience with my family and still be able to make something I was as proud of and feel looks as good as any of the ones created with 30 people on set. 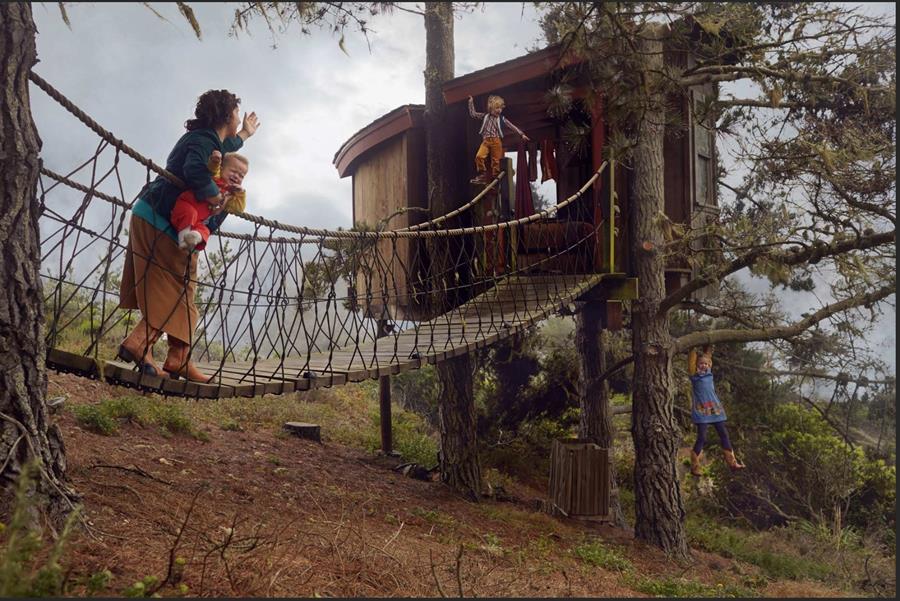 You are like the Norman Rockwell of our generation as your shots capture a slice of Americana. Was there a painter/photographer whose work inspired you when you were getting started? Norman Rockwell and Edward Hopper have crept into a few of these for sure, but I would say David LaChapelle, Philip Lorca DiCorcia and Gregory Crewdson were bigger influences early on. 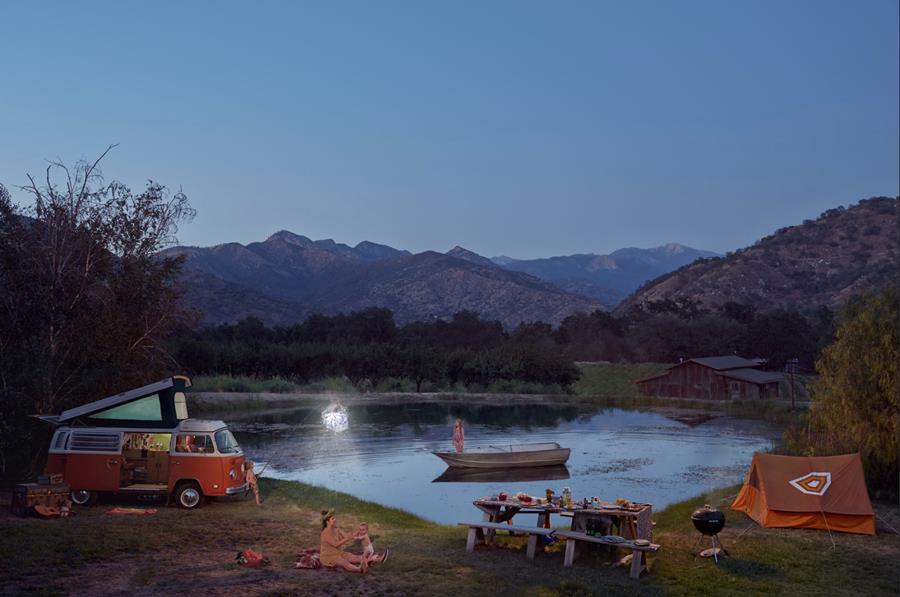 You seem to have an affection for capturing people and their cars “Them & Theirs”. How did you come up with this concept? I started that project in college on a 4×5 camera and focused on people with vanity license plates. It got shelved for many years and when it reemerged I dropped the license plates aspect and became more interested in the people and vehicles themselves. Now I look for environments that can tell a specific story surrounding the first two elements. 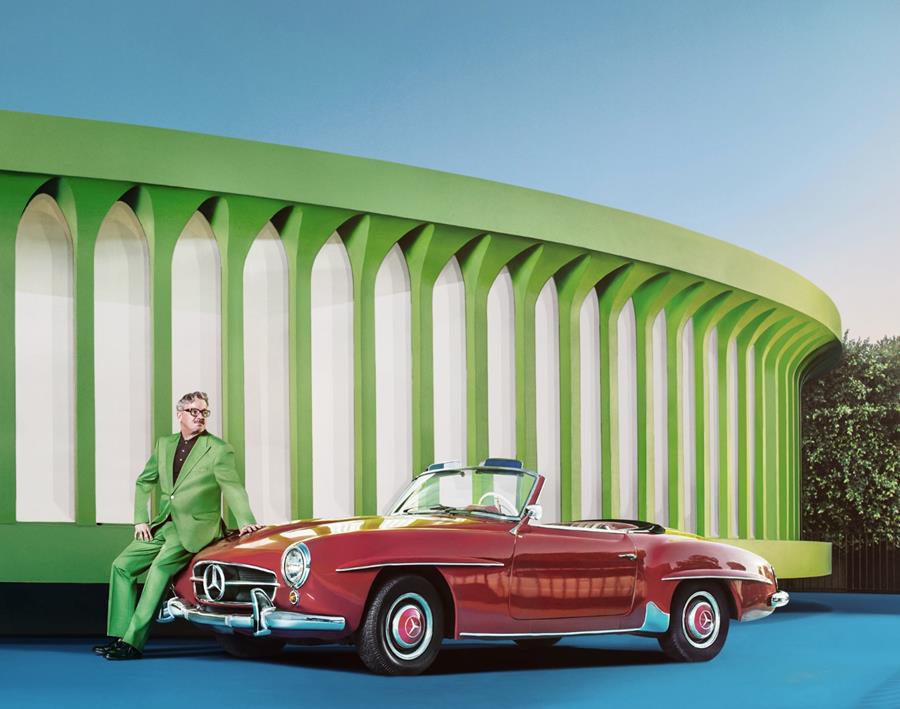 It looks like you have a lot of fun when you are shooting. Are these shoots as fun as they look in the finished product? I hope so! For me the process is important and even if an image ends up falling short of my expectations, the experience is usually well worth the effort.

I assume that these shots take a ton of gear (lighting, etc) to put together. What do you enjoy shooting when it is just you and your camera? Simple portraits of my friends and family traveling or touristing around somewhere. Also, the anonymous vehicles and buildings I see while biking, driving or taking public transit around LA. 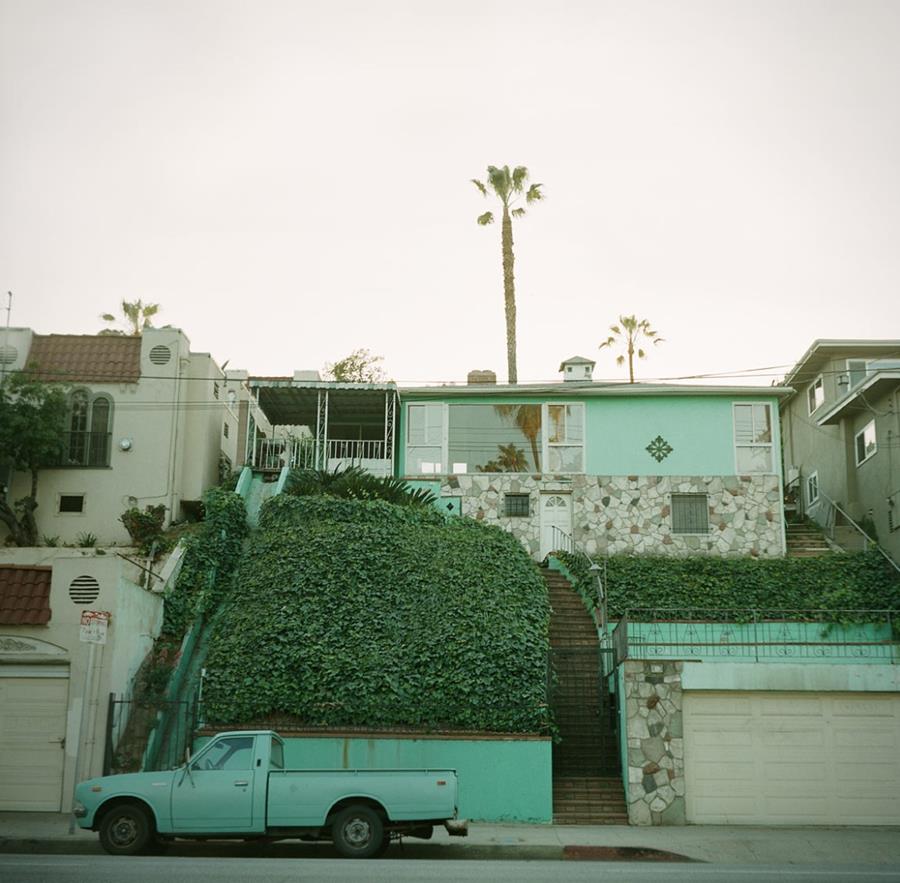 You have a new book “SCHUDE” that showcases your work. What was the hardest part of putting the book together? The hardest part should be finding a publisher, but I was fortunate in the fact that they found me before I ever even considered the possibility that it was time for a book. Once that was done, we did have some difficulty since they were in Dublin and communicating via email about important issues is never ideal. I am extremely grateful for their support and love how it turned out but would much prefer being able to meet in person if the opportunity arose again.

If you weren’t a photographer, what would you be doing? Selling pork bellies.

You have a tremendous social following. Do you ever get ideas/concepts for shots from your followers? The online community that I am involved in has been quite helpful in terms of feedback and inspiration in lieu of a scholastic environment. I hope to foster this into a specific platform at some point that allows constructive criticism and support for artists of all mediums who are interested in helping each other grow and be challenged creatively.