This is interview #5 in our series designed to showcase some of the talented clients in the Photo Folio family.

Steve Bronstein is a legend in the field of advertising photography. He is the photographer behind the famous Absolut Vodka advertising campaign which ran for more than 25 years. Steve has taken the time to share thoughts on the creative process of his photography, the Absolut Vodka campaign, and how the industry has changed over the years.

What was your first paid shoot? I do remember… an ad for Mount Gay rum.  Straightforward beauty shot, but still a big deal to me at the time, as my first national ad.

Did you aspire to be an advertising photographer from the beginning? I went through a photojournalism program in college, but about halfway through I realized that studio work was a better fit for me. 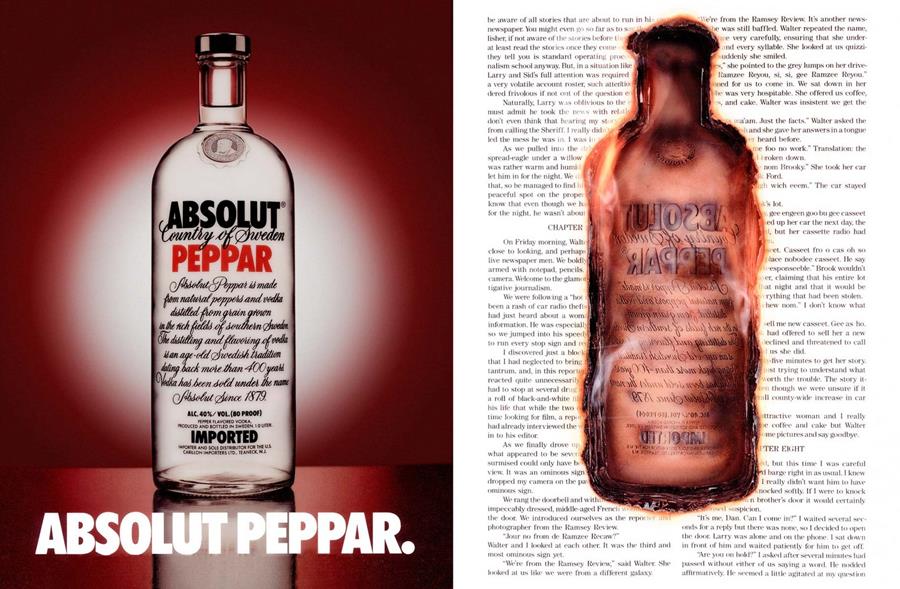 All of your work has a creative element. Are you the creative mind behind these shots or do they come from ad agencies/art directors? It depends…if it is an advertising assignment, sometimes there is a lot of input, sometimes not. Sometimes it’s more about figuring a way to execute the project in a timely, affordable manner.  Ad agencies frequently don’t have a good hold on the best way to approach a project from either the standpoint of budget or schedule. 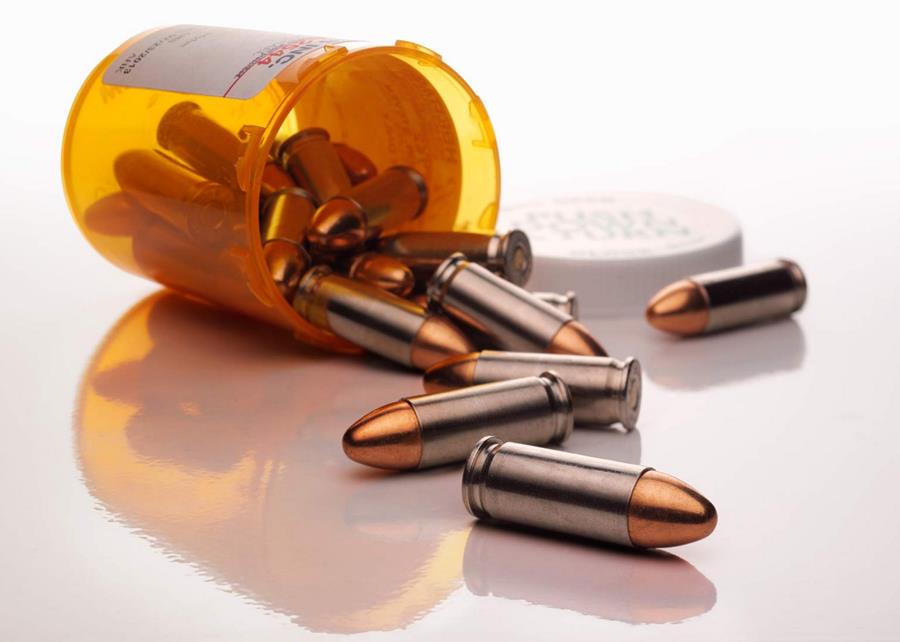 How much collaboration goes into the process of what you do? It can be significant…model making (I work a lot with Prop Art in New York), stylists, home economists, etc. 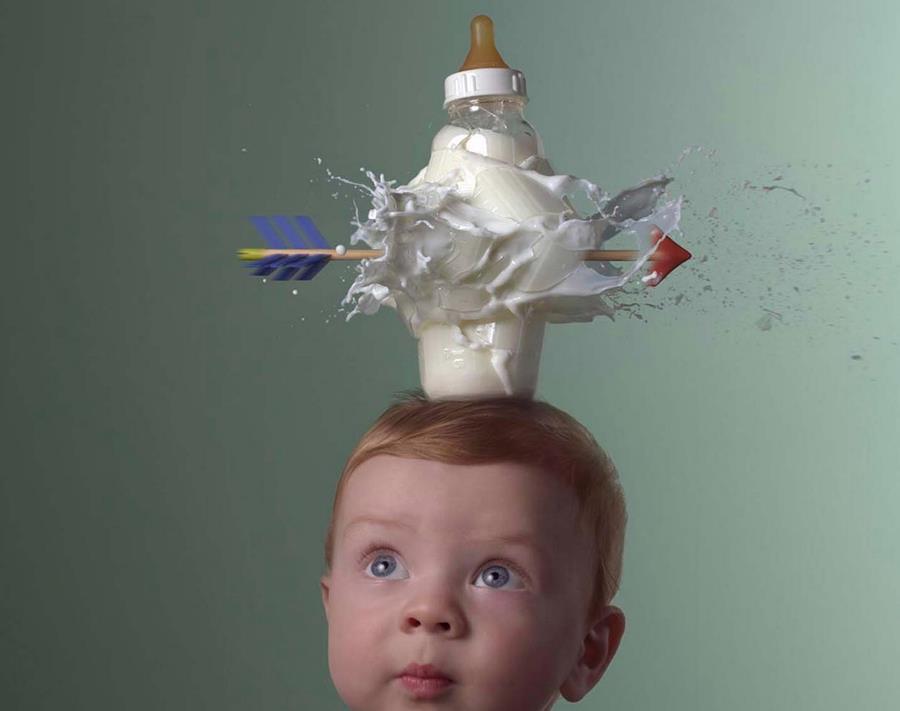 You have had an incredibly long run in this business. What keeps you excited about shooting? It is always interesting to learn about whatever new business/product you are working on and to see all the accompanying dynamics at play. Plus, I still enjoy the problem-solving aspects of what I do. Recently I was involved with the launch of some new products for Keurig/Green Mountain, which was quite interesting.  I’ve shot all sorts of computers and consumer electronics that have come and gone, and a lot of products before they really caught on, from the Sony Walkman to the  Nintendo Game Boy. Guess it shows my age a little bit.

You are the photographer behind the famous Absolut Vodka campaign. How did that opportunity present itself? I was just starting out and my agent at the time was friends with an art director at TBWA, who was working on the Absolut campaign. Keep in mind that Absolut was not a well-known brand at that time. He had hired another photographer at the time, and he was not pleased with the results (The Absolut bottle had a reputation for being tough to shoot). I took a different tack, and it was well received. That was the beginning of the  Absolut campaign, and I shot for them for 25 years. It’s pretty remarkable in the advertising world. 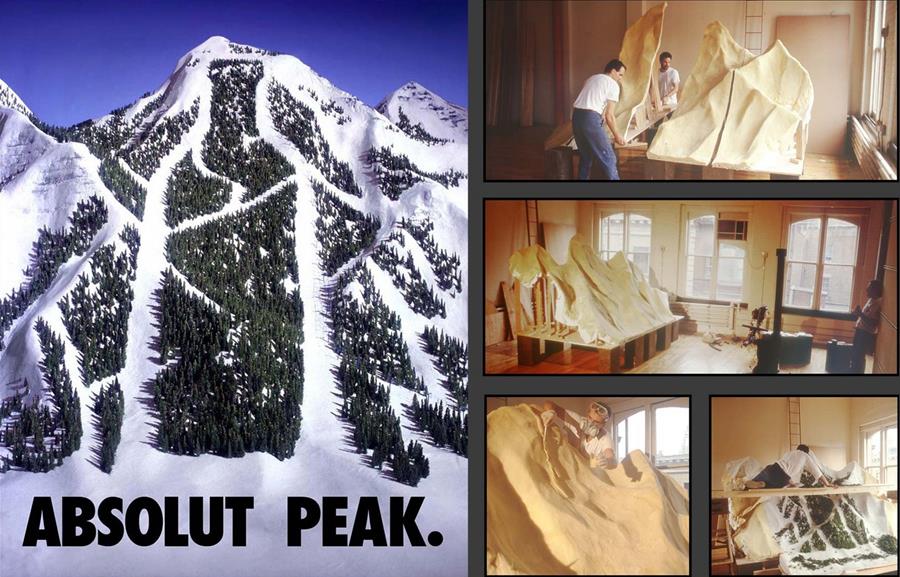 Are there any particular shots from the Absolut campaign that really stand out as favorites? I like the executions that broke new ground, or were challenging. Remember that most of these were well before the age of Photoshop. For ABSOLUT ATTRACTION, I figured out a way to precisely align a progression of 4 bent Martini glasses to one piece of film. Then there was the segue into miniature sets, which was both fun and challenging. The LA, Miami, Rosebud, Hamptons are a few of my favorites. These were all done largely or exclusively in miniature. Some of the cinematic series (Rosebud/Psycho) are also favorites…they make you think a little. I think Absolut really changed advertising. 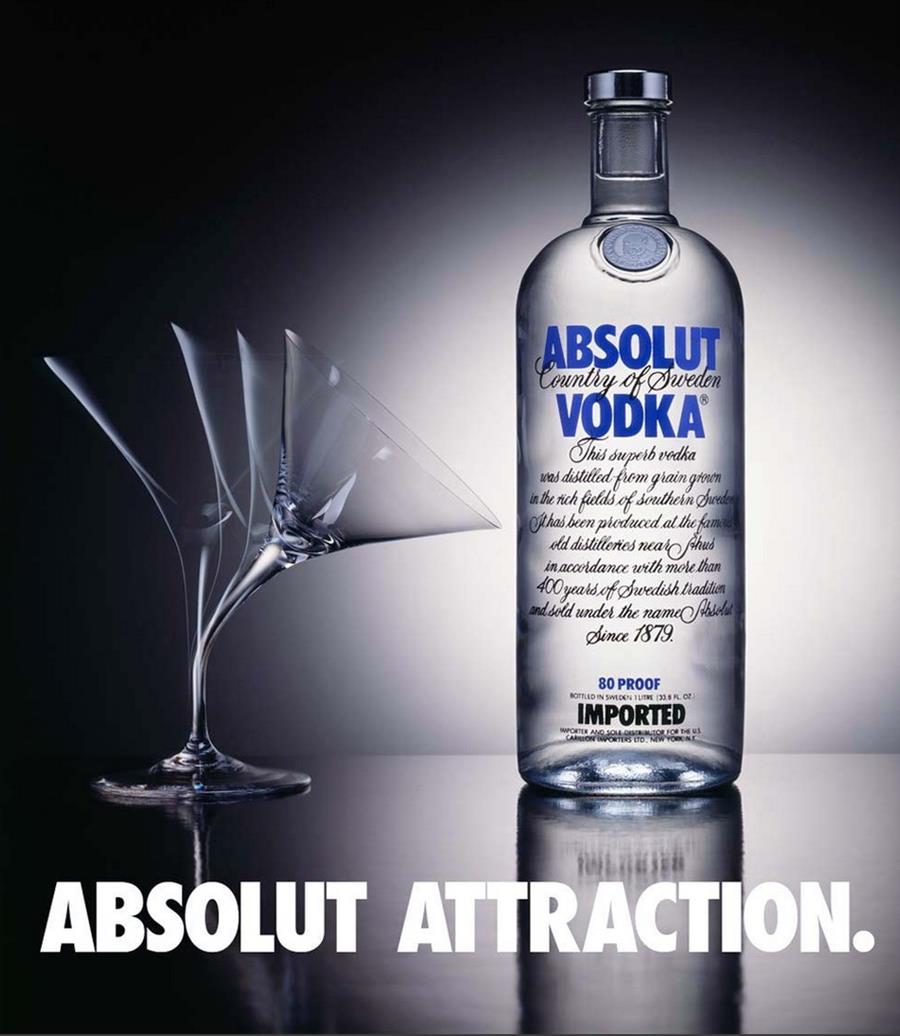 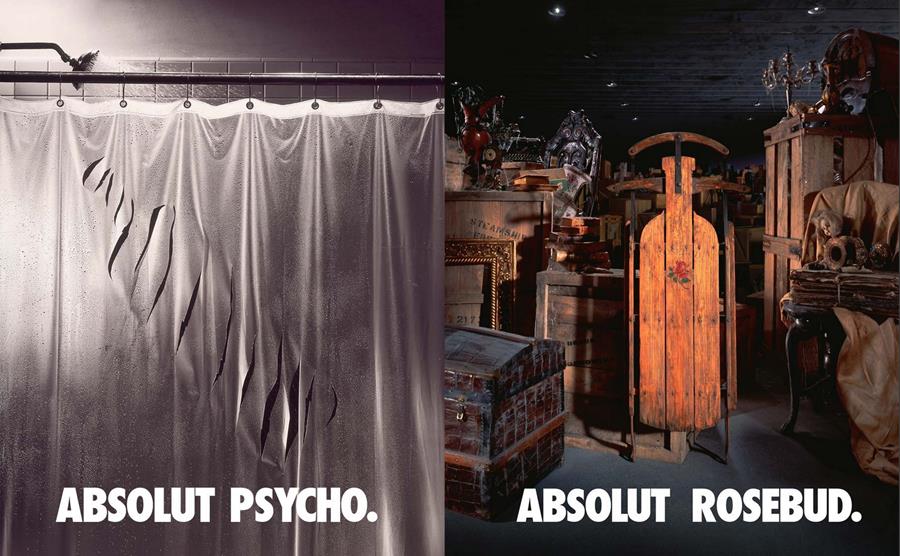 What Absolut image was especially challenging to shoot/capture? ABSOLUT HAMPTONS (though also used for a variety of other beach towns) was particularly satisfying. It’s all miniature, built in forced perspective. The sky is a painted backdrop, and the background ocean is rippled dyed aluminum foil. It took up most of my studio. Not every material lends itself to a miniature approach, but in this particular execution the elements were such that they all worked very well. 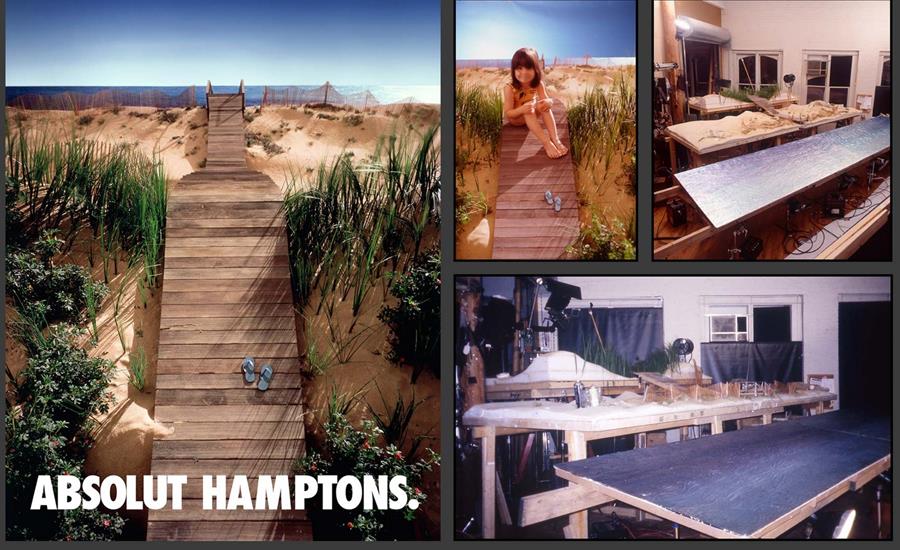 Many of your images are done with models and incredibly precise scaling. Were you into models growing up? Not particularly…I was more the kid who would take something apart and then could not put it back together. 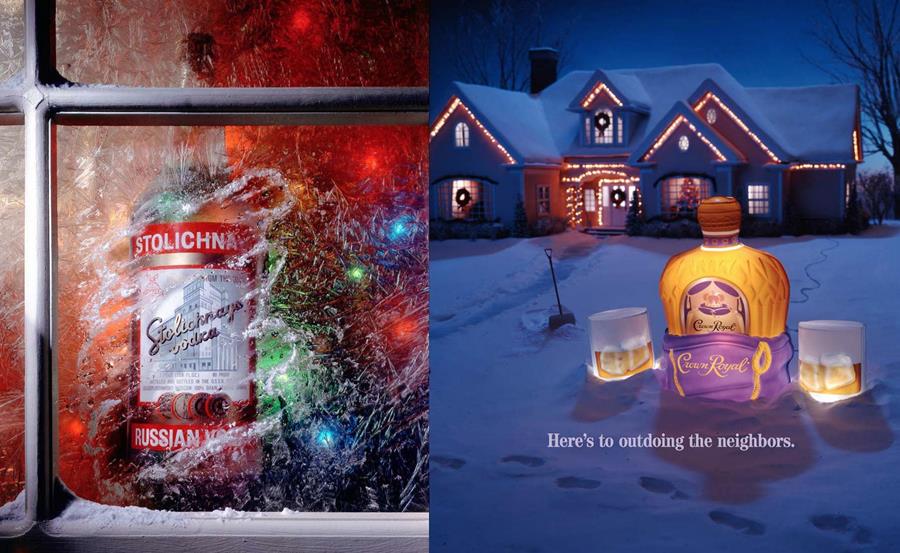 So much of what you have done in the past with models and props is now being done with CGI software. How do you think they compare in the finished product? There is certainly great CGI out there if you hire the right company, but there are also a lot of poorly done GCI. Miniatures, even in features, are still a viable tool. It’s a question of using it correctly. “Good” CGI can also be very expensive and take a long time. 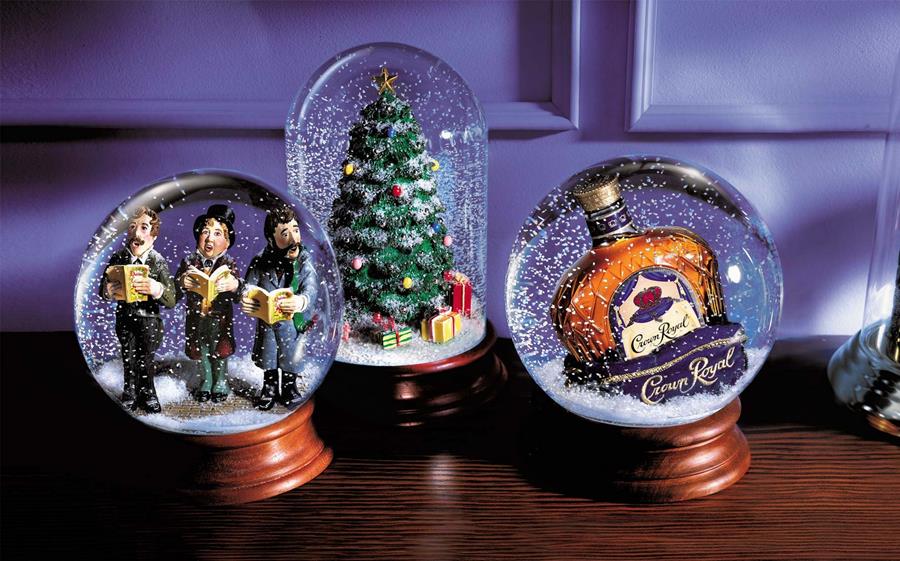 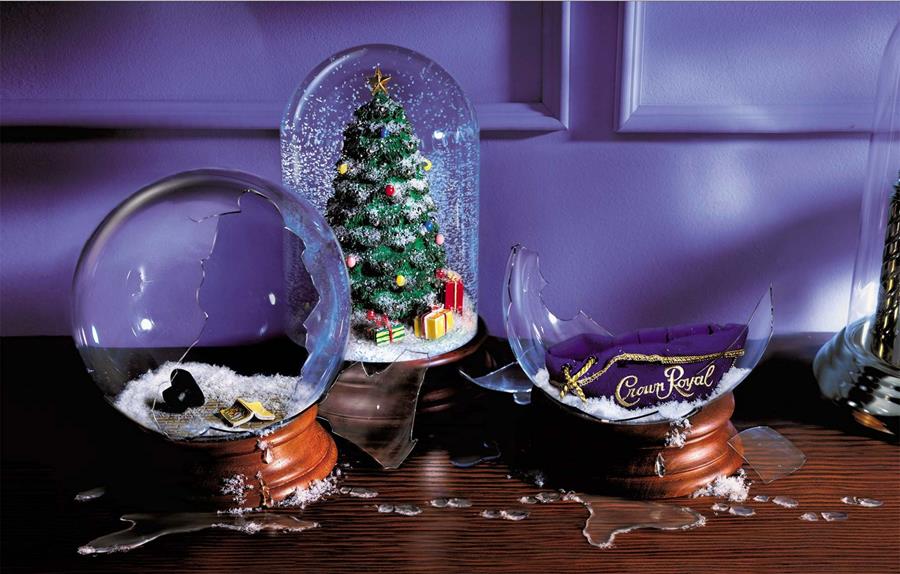 It looks like some of these miniature shots are extremely intricate. Is working with scale models a tedious process?  It’s more about the lead time to build them.  Shooting them is not particularly time-consuming  Most projects are a pre-light day and a shoot day, plus the pre-production. 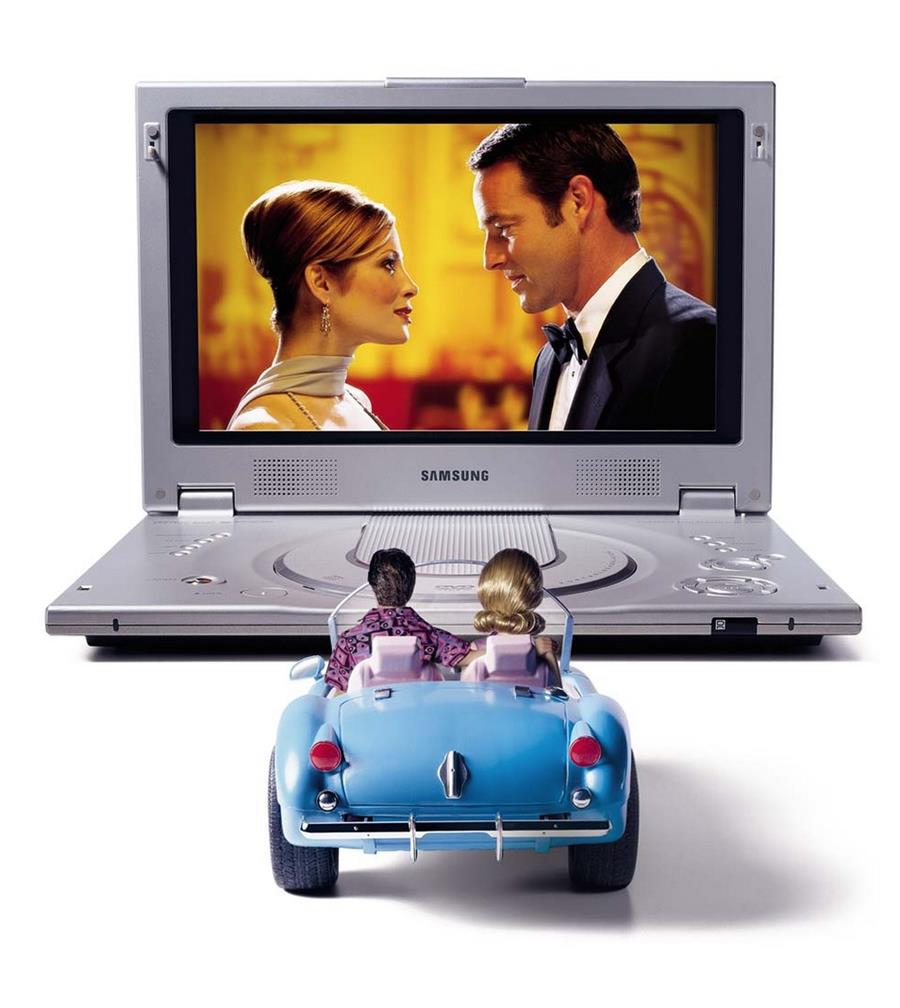 It seems that many of today’s studio photographers spend 10% of their time setting up the shot and 90% of their time editing/tweaking the image in post for the desired result. How would you define your time split? That’s because they have too much time on their hands…I’m not any different. Certainly it is easier to spend time tweaking your images. I try and shoot so I have less to do in post, plus I don’t always do my own. If it’s something relatively straightforward I will, but in general I think the professional retoucher who does it 24/7 every day is going to have more tricks up his sleeve than I do, particularly in challenging circumstances. I’d rather be in the position of supervising him. 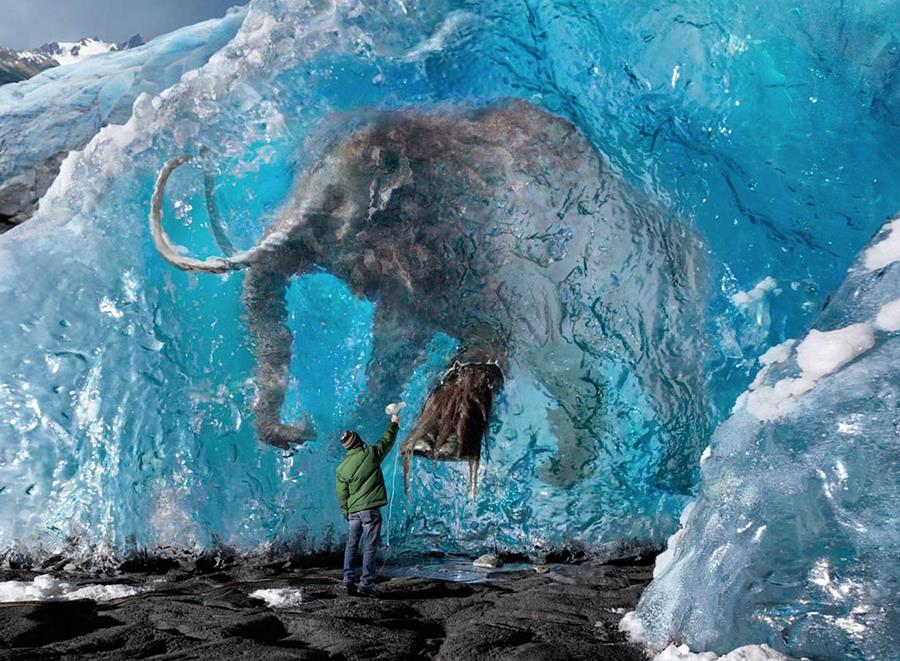 How has the move to digital from film changed your process? Quite a bit…and on a certain level, I’m nostalgic for film. I used to shoot 8 x 10 mostly. You would need the stage space to accommodate multiple set-ups since you were always waiting for the lab and approvals (Inevitably if you struck a set before seeing the film, there would be a lab accident or the client would have an issue). Sets sometimes stayed up for days, so you needed a lot of space and loads of cameras, grip and lighting equipment. Working with big view cameras, you would need huge f-stops, which made shooting cumbersome. Frequently had to pop the strobes multiple times, bracket exposures, deal with sheet film, and worry about the camera moving or the building shaking….(hey, NYC has subways!). It was much more time consuming than digital.  That said, you had the satisfaction, of seeing the incredible detail of an unforgiving  8 x 10 transparency, still warm from the lab on your lightbox, 90 minutes after your shoot.

Digital changed all this…. suddenly you compete with the entire world, not just your backyard. You can do equally good work, actually better work because you don’t have to get it all in one shot. Still I’d like to think that film, shaped my sensibilities in terms of how to approach a project, and made me a better photographer. I think “film”, but shoot digital. 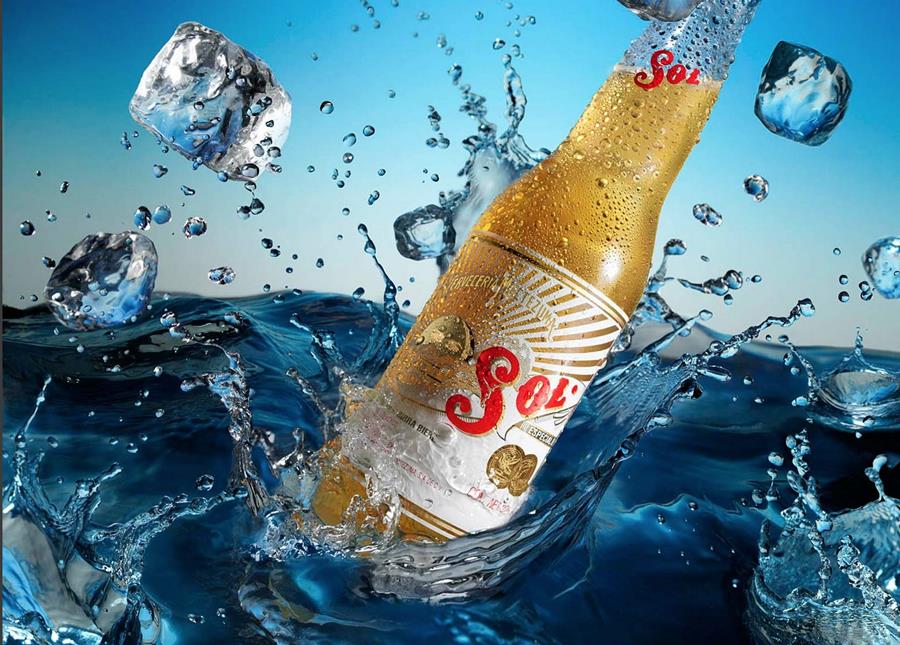 How do you come up with the ideas for the images in your “conceptual” gallery? I don’t have a set process… ideas just come to me. It might relate to something going on in my life or in the news. Some of those images are from assignments as well. 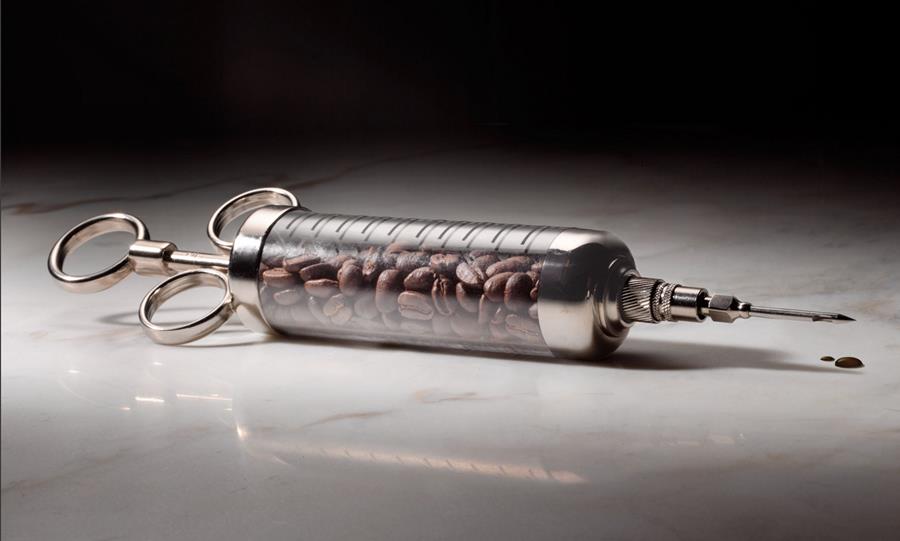 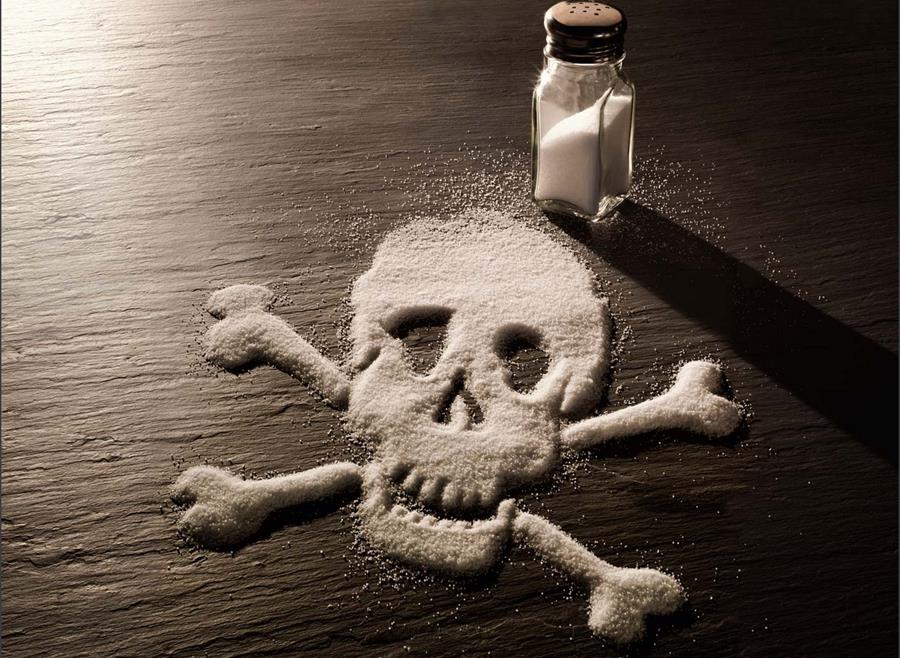 The images in the “Frozen Moments” gallery have so many elements to coordinate? How many takes does it require to capture the frames you need to build the finished image we see? In that category, some of the images I got in one shot because most of the action is rigged. For a majority of the images involving live action, there are usually at least four or five significant separate captures. Many of these images also utilize specialized short duration strobes and some sort of triggering device as well. 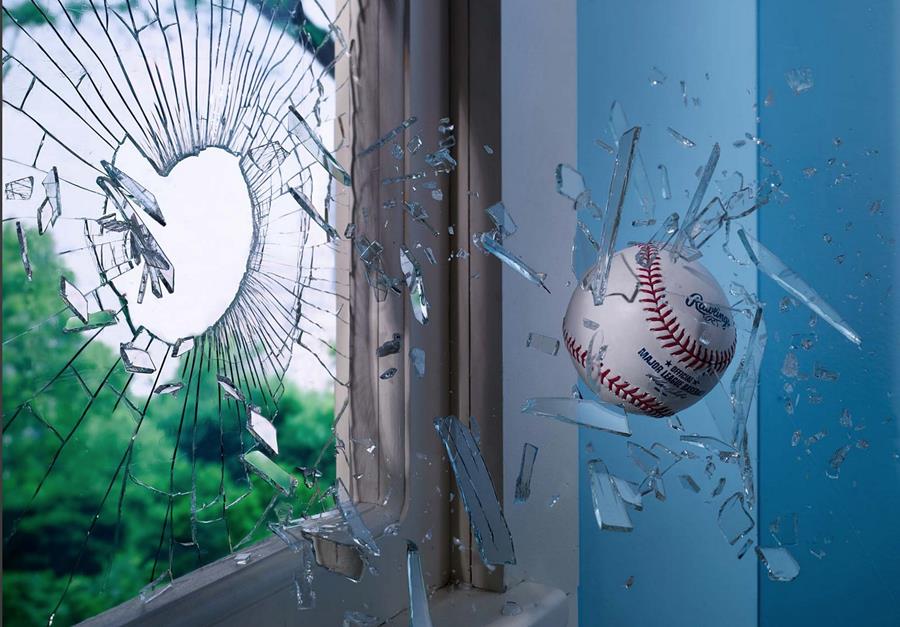 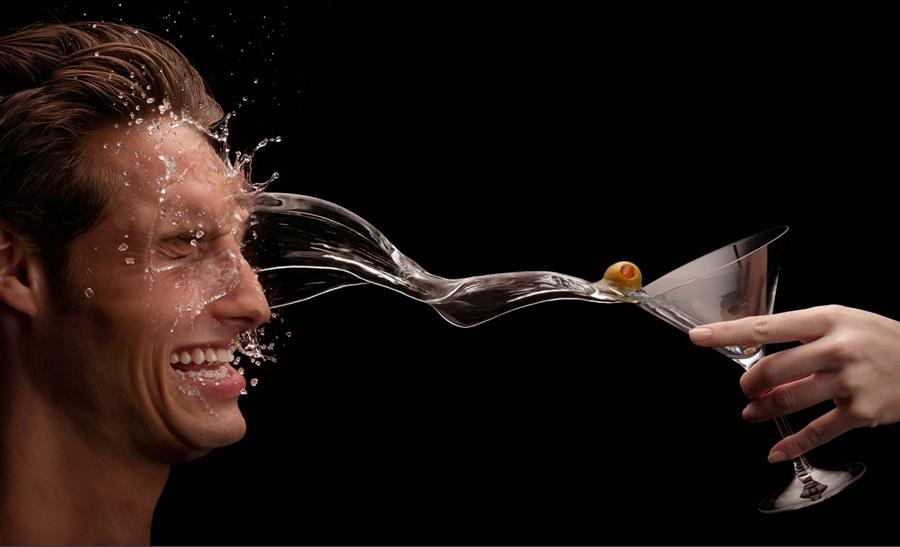 What is the perfect Steven Bronstein day look like? A balance…some time outside, I bike and hike, and snowboard in the winter.  Some time with my family, and some work time as well. I don’t live in NYC anymore. I’m just finishing a small studio, steps from my home.  I can work here, or for bigger projects, be an easy day trip into New York.

Why did you choose a Photo Folio for your website? It was easy.  Nobody else makes anything else that comes close.  There is tremendous flexibility in the way you present yourself, and it is fast, reliable, and reasonably priced.  Plus the interface is great, and you don’t have to be a computer geek to figure it out.